Why Do We Keep Killing Our Heroes?

Beloved by so many, literally thousands packed into the Chicago church, with a seating capacity of only 600, where her funeral was held. It is estimated that some 25,000 to 30,000 people viewed Dinah's body with many more outside freezing in the brutal winter temperatures.

According to one of her chroniclers, "It wasn't suicide!  She had taken just one pill too many. There were pills to lose weight, pills to gain weight, pills to sleep, pills to wake up, nerve pills - you name it, there was a pill for it and the doctors were only too happy to prescribe them. Dinah Washington had an aversion to the use of street drugs and there are people who want us to know that her drugs were legal drugs as if that makes it any better."

Why does this continue to happen? Why do we allow our personal power to be usurped by a medical profession that finds it so easy and convenient to just scribble out a prescription for dangerous drugs that can have such devastating results?

I'm not talking about all those wonderful entertainers we've lost over the years to illegal recreational drug overdoses, or those who committed suicide (intentionally or suspected) with legally prescribed medications, I'm talking about accidental overdoses from drugs prescribed legally, albeit irresponsibly, by their doctors.

From Judy Garland and Dorothy Dandridge to Heath Ledger, who died at age 28 with six different prescription drugs in his body. While the official cause of Elvis Presley's death was cardiac arrhythmia, he had been prescribed between 5,000 - 10,000 pills in the eight months prior to his death. And let's not forget Michael Jackson, whose death I have previously written about in this Huffington Post article. Although considered accidental, Michael's death from a powerful anesthesia drug used as a sleep aid was actually administered to him by his doctor.

There is a better way! Many highly qualified doctors have seen the light and treat their patients using safe and effective natural alternatives to dangerous and addictive prescription drugs. This is why I created my own line of natural remedies that are safe and effective, non-addictive and with no side effects.

Take back your power! Seek out doctors who see you as a whole person and not just a collection of symptoms. If enough people demand this type of care the tide will change and we will all live healthier and happier lives.

As always, you may reach me by phone on 310.396.7247, email me at drg@drgarbers.com or leave a message for me on my website http://drgarbers.com/index.php?route=information/contact. 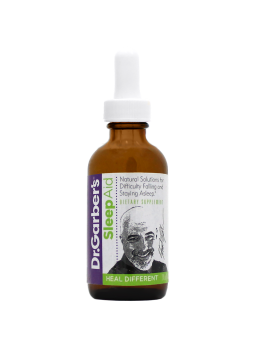 Enter the code in the box below: